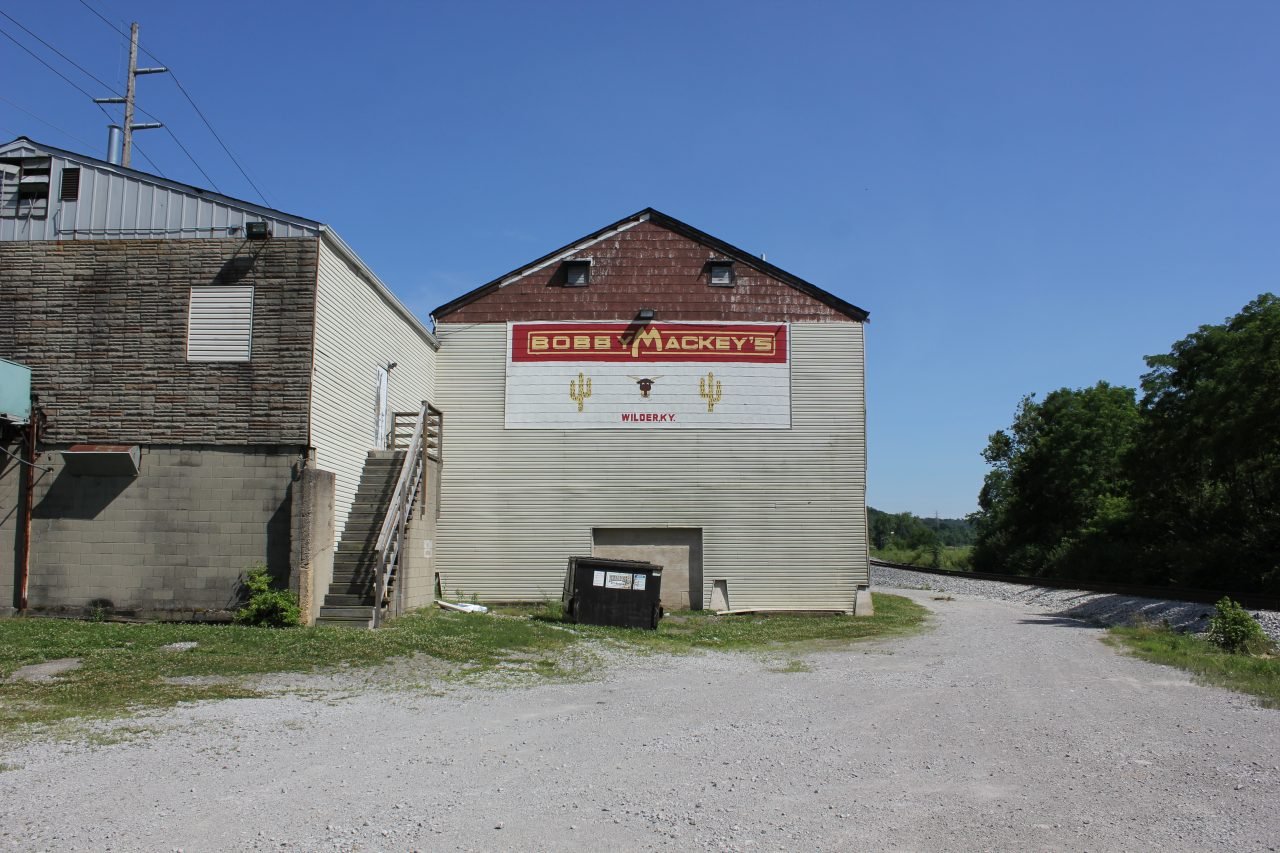 If you’re a little into the paranormal, you’ve probably heard of Bobby Mackey’s. You can find the infamous Bobby Mackey’s Music World in Wilder, a town in Kentucky. It’s infamous because of it’s bloody and turbulent history. Ever since 1978 this nightclub and tavern has been owned by the country singer Bobby Mackey. But the former residents don’t seem in a hurry to leave the place. In fact, it’s loaded with ghosts.

The location of Bobby Mackey’s used to be that of a slaughterhouse in the 50’s of the 19th century. When the slaughterhouse was terminated, 40 years later, the building was left vacant for a number of years. Well, at least, that’s what everybody thought. A group of Satanic worshippers occupied the building and ritually killed small animals there. They dumped the bodies in the slaughterhouse’s well. The well, which people believe to be a portal to Hell, was used to drain the blood from the butchered animals towards the river. The worshippers stayed under the radar for a long time until a gruesome murder was committed by two of their members.

The death of Pearl Bryan

Twenty-two year old farmer’s daughter Pearl fell madly in love with Scott Jackson, a young dentist-to-be. She got pregnant and that was a problem since the two of them weren’t married. Scott and Pearl decided it would be better to have an abortion. Pearl had no idea that Scott was a member of the Satanic group in the slaughterhouse. He would carry out the abortion with his friend, Alonzo Walling. Pearl, who feared her father’s reaction, agreed to the procedure. She was already 5 months along when she left her family home, never to return back.

At first, Scott and Alonzo tried to kill the baby with cocaine, but when that failed, Scott thought it was a good idea to use his dentist equipment for the job. All the blood probably aroused something malicious within both men, and it was no longer “just” an abortion for them. Pearl’s head was severed with a tiny sharp instrument. Autopsy later revealed that Pearl had still been alive during the procedure. Wow. Her headless body was found and identified based on her shoes. The men were quickly found and sentenced to death. Pearl’s head was never found. It was probably used in some sick ritual and then disposed of in the well.

After this horrible event the building stood vacant for a while until it was demolished in 1920. A café was built on the same spot. Illegal gambling took place and illegal booze was made here. People didn’t say “no” to violence, either. Multiple murders were committed, but to avoid questions by the local police, the bodies were dumped somewhere else. In 1933 the shady practices came to light and the café was sold to E.A. Brady, who turned it into a successful casino.

The mafia noticed the casino’s success and wanted to get involved. They wanted to buy Brady out so they could take over. Brady refused and he paid a high prize for that. His casino was vandalized many times and customers were beat up in the parking lot. Brady knew he didn’t have a choice and sold his casino anyway. He took his own life in 1965, but right before that he cursed the location. He got his wish.

When Brady sold his casino to the mob, they named it “The Latin Quarter”. Besides a casino it was also used as a nightclub. The police kept a close eye on the place and raided the place from time to time. At the final raid the gambling tables and slot machines were removed. The Old Brady got what he wanted.

The new owner had a daughter named Johanna. Johanna was a dancer at the nightclub. She got pregnant by Robert Randall, who was a performer in the club. When Johanna’s father found out about the affair, he was furious! His criminal contacts came in handy and he made sure Robert never came close to his daughter again. His daughter, five months pregnant, committed suicide backstage by taking poison. Later, in the beginning of the 70’s, it shortly became a Hard Rock Café, but that didn’t last long because of a fatal shooting right in front of it. Then, in 1978, Bobby Mackey and his wife Janet bought the place.

Carl Lawson, the club’s first employee, was the handyman and lived in a small apartment right above the club. He started experiencing weird stuff. For instance, the jukebox started playing while it was without power and Carl saw a malevolent character behind the bar, who no one else saw. He even talked to Johanna. She would always leave a strong scent of roses behind. Everybody thought Carl was a crazy man who was talking to himself. Bobby Mackey wasn’t happy about Carl telling ghost stories all the time. He was a non-believer who feared his customers would stay away because of Carl’s nonsense. But that changed when Janet had a creepy encounter in the basement.

A warning for Janet Mackey

Janet was alone in Bobby Mackey’s basement one day when she was suddenly grabbed around her waist by an unseen force. She was even lifted and thrown back a bit. She felt that she was being pushed in the direction of the stairs while she heard a hysterical female voice shouting: “Get out! Get out!”. Janet was, like Pearl and Johanna, five months pregnant at that point. Coincidence? After Janet told the staff about her ghostly encounter, the staff members all told their share of strange events. It was like everyone kept the events to themselves because they feared to be labeled as crazy, like Carl.

Roger Heath, a bartender, had once seen two small handprints on Carl’s back, as if he was embraced by a woman. Several employees had seen a headless woman. Paranormal research concluded that it had to be poor Pearl’s ghost. The experiences especially took place near the well. Carl, originally not a religious man, sprinkled holy water in the well on more than one occasion because somebody advised him to do so. But if that was such a good idea?

Instead of bringing the spirits at rest with the holy water, it made them agitated. All kinds of things flew off the shelves in the club, lights went on and off continuously and employees were physically attacked. There was scratching and there was hair pulling. An exorcism was performed in 1994, but that idea was even worse! The ghosts got really upset and started pushing customers and employees and scratched them until they bled. They just scared the crap out of everybody. From that moment, Bobby decided to live in harmony with the ghosts.

Today, things are much better and the spirits are well behaved. Sometimes someone feels caressed by an unseen hand or gets poked in the side. Very innocent and friendly. But the ghosts have a rather critical opinion when it comes to music. When a band performs who they dislike, the throwing starts again to scare them away from stage. Bobby Mackey’s Music Club is much loved today, but would you dare to share your beer with a ghost?