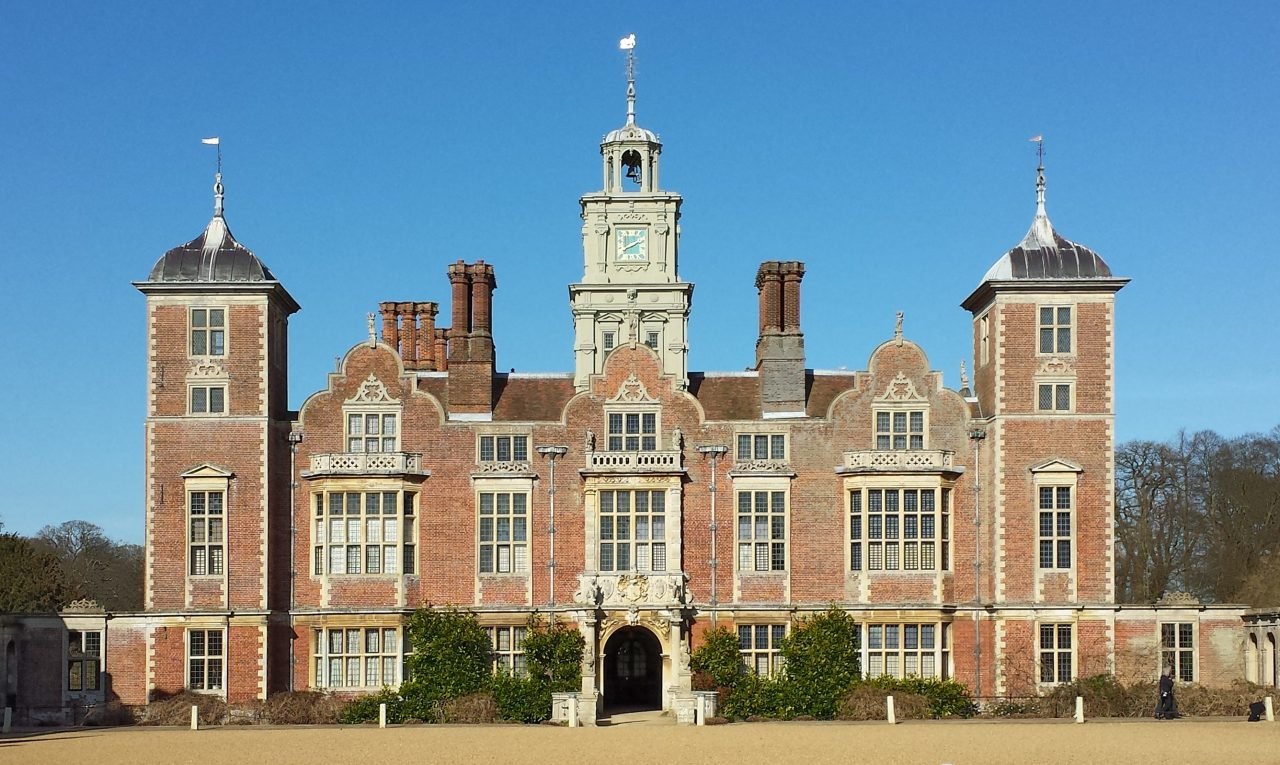 Blickling Hall is an English stately home in the village of Blickling, Norfolk. The original house was built in the 11th century, but the house as we know it today, was constructed in 1619. In the 15th and 16th century, the hall was home to the Boleyn family. And their spirits still haunt the estate and the house.

The history of Blickling Hall

Blickling Hall was built in the 11th century and home to Harold Godwinson, who became King Harold II when Edward the Confessor died. Harold, the last Anglo-Saxon king, was killed in the Battle of Hastings in 1066 and succeeded by William I, the Conqueror. By 1091, Blickling Hall became the Bishops’ Country Palace. In 1452, the hall was bought by Geoffrey Boleyn from Sir John Fastolf (who formed the inspiration for Shakespeare’s Falstaff). Falstolf made a fortune in the Hundred Years’ War. Geoffrey Boleyn was the great- grandfather of Anne Boleyn, the mother of Queen Elizabeth I. He also bought Hever Castle in 1462.

The Hobart and the Kerr family

Blickling Hall was purchased by Sir Henry Hobart in 1616, who had big plans for the place. The original medieval Tudor-mansion was remodelled into a stately Jacobean home. It was expanded as well. Caroline Hobart (Lady Suffield) was the last of the Hobart’s: she and her husband remained childless. She gave orders for a pyramid-shaped mausoleum to be built on the grounds in 1793. This mausoleum was for her father and his two wives. When Caroline died, the estate and hall were inherited by her cousin William Kerr, the 8th Marquess of Lothian. The entire estate remained in the Kerr family until 1940. 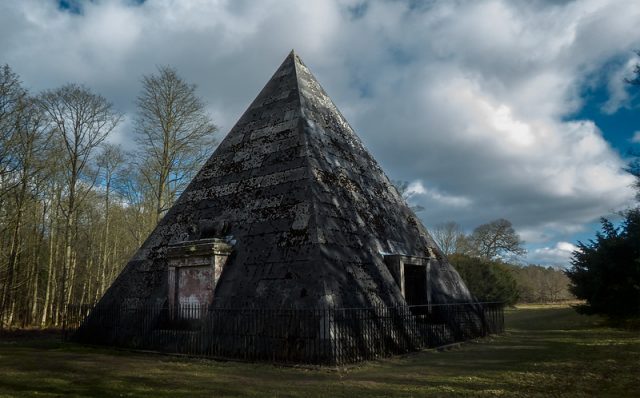 After the death of Philip Kerr, the 11th Marquess of Lothian in 1940, Blickling Hall was no longer in private hands. The National Trust took over that year and the hall received a new purpose: the house was requisitioned and served as the Officer’s Mess of the nearby RAF Oulton. RAF servicemen and women were billeted in huts on the grounds while the officers were housed in the hall itself. The adjacent lake was used for drills. After the war, the hall was derequisitioned and the RAF Oulton Museum was built as a tribute to the RAF pilots and ground crew who served in WWII. If you visit Blickling Hall, you can also visit the museum for free.

Blickling Hall after the war

After the war, the National Trust allowed several tenants to live at the hall until 1960. Then, the National Trust began restoring the house back to its original state. Blickling Hall was renamed Blickling Estate and opened to the public in 1962. If you visit, don’t forget to take a good look inside the library. Apart from the fact that it’s huge, it also contains the most historically significant collection of manuscripts and books in England!

King Henry VIII was still married to Catherine of Aragon when Anne, daughter of Sir Thomas Boleyn, Earl of Wiltshire, caught his eye. Anne didn’t want to be “just one of the king’s mistresses”, so she refused to satisfy his desire. Henry became obsessed with Anne. He broke the Catholic ties and founded the Church of England just to be able to divorce Catherine. But, Henry and Anne didn’t have a long marriage. After three years, Anne had only bore him a daughter, the later Queen Elizabeth I.

Henry needed a male heir to the throne, but Anne had miscarriage after miscarriage after Elizabeth. He wanted to get rid of her. Anne spent a lot of time with her brother George Boleyn and musician Mark Smeaton, so Henry had a plan. He accused Anne of adultery, incest and treason and had het imprisoned at the Tower of London. She was beheaded 19 May, 1536. Ten days later, the king married Jane Seymour.

The ghost of Anne Boleyn

Historians believe Anne was born at Blickling Hall between 1501 and 1507. This might be the reason why she re-visits the house each year on the anniversary of her execution. Her headless ghost is said to arrive at night in a coach driven by a headless horseman. The coach drives up to the hall and then vanishes into thin air. People say they’ve seen Anne’s head resting on her lap. She has been seen in other parts of Blickling Hall as well. Most of the eye-witnesses claim she’s wearing a white dress although some say they’ve seen her wearing grey. Is this the same spectre, or is Blickling Hall haunted by a second female ghost?

George Boleyn, Anne’s brother, was beheaded two days prior to his sister. When the news that Anne was beheaded was brought to Blickling, the ghost of a headless man being dragged around by four headless horses was seen through the village grounds. It is believed that this was the spirit of George. Father Thomas Boleyn is cursed for eternity. He did nothing to prevent the execution of two of his three children. After their execution, he withdrew to Hever Castle where he stayed until his death in 1539. It is said that his ghost is doomed to cross 12 bridges before cockcrow on Anne’s execution date. His frantic route takes him from Blickling to Aylsham, Burgh, Buxton, Coltishall, Meyton, Oxhead and Wroxham.

Other ghosts of Blickling Hall

Two other, less dramatic, ghosts haunt the corridors of Blickling Hall as well. It is believed that Sir John Falstof has some unfinished business to do around here as well as Sir Henry Hobart. His dying groans are heard every year on the anniversary of his death. The noises come from the west turret bedroom.

Blickling Hall or Blickling Estate as it’s named today, is certainly worth a visit! The gardens are beautiful as well as the house. Don’t forget to visit the museum, as well. No ghost tours are provided, but perhaps you’ll pick up some energy while you’re there!