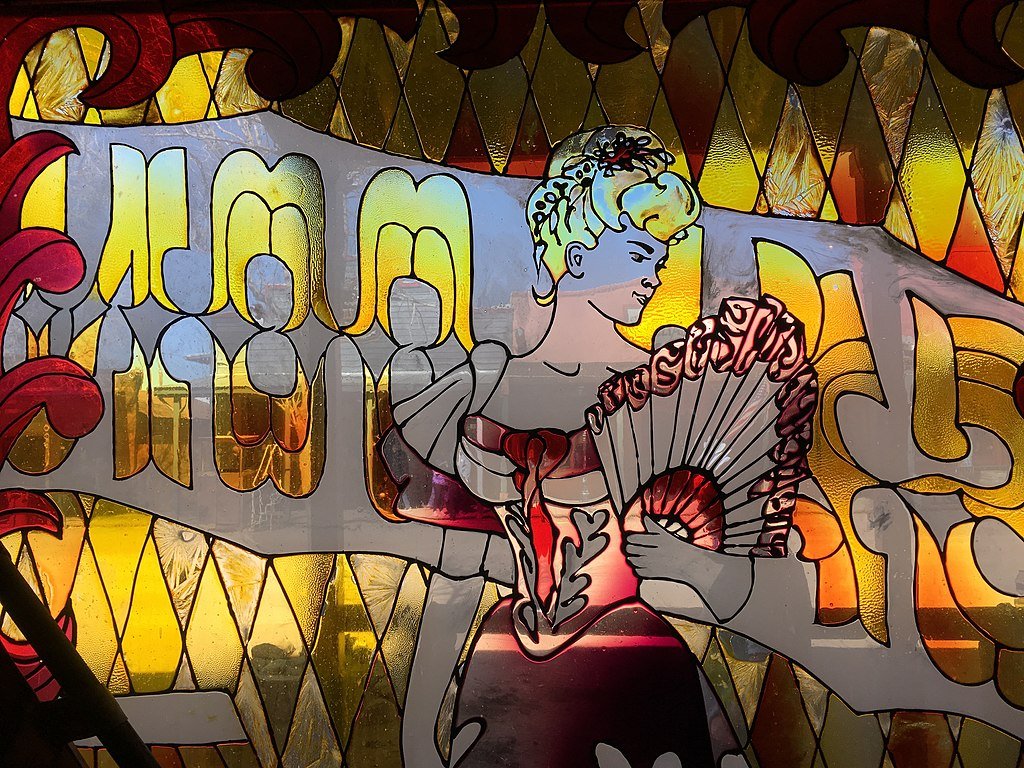 Mary Katherine Horony Cummings, aka Big Nose Kate, was a Hungarian-born prostitute who moved to America at the age of 10. Kate now has a saloon named after her in Wild West Tombstone, Arizona. This is quite unusual because Kate never owned a saloon while she lived. But then, Kate was an unusual woman. Who was Big Nose Kate?

Kate was born in Hungary, November 9, 1849. She died a few days before her 91st birthday in 1940. Kate has had a tumultuous life, first moving to Davenport Iowa with her family at the age of 10, losing both her parents at the age of 15 and running away from her foster home to live in Missouri when she was only 16. In 1876, Kate moved to Fort Griffin, Texas, where she met Doc Holliday.

Doc opened a dental practice in Fort Griffin, but spent most of his time gambling and drinking. Kate didn’t like that and the two of them frequently had violent arguments. But the love between the two of them was strong enough and they got married. After their marriage they settled down in New Mexico, where Doc worked as a dentist at daytime, and ran a saloon by night.

Later, Kate and Doc met Wyatt Earp and his brothers Morgan and Virgil, and they all moved to Arizona to live in a place called Tombstone. Doc made money at the gambling table, while Kate worked at the Palace Saloon as a prostitute. On March 15, 1881, a stagecoach belonging to Kinnear & Company, was robbed by three cowboys. The well-known stagecoach driver Eli “Budd” Philpot and his passenger got killed during the robbery. This robbery was the cause of a well-known historical gunfight later that year.

On October 25, 1881, about 7 months after the robbery, Ike Clanton and Tom McLaury, two of the Cochise County Cowboys, came to Tombstone to get some supplies. Virgil Earp, now Tombstone’s sheriff, was convinced of the fact the Cowboys were involved with the robbery earlier that year. Over the next 24 hours there were several violent run-ins between the Cowboys, the Earp brothers and their friend Doc Holliday.

At some point, the Earps embarrassed Ike and Tom. Frank McLaury, Billy Clanton and Billy Claiborne came to Tombstone the next day to grab a beer at the saloon. Doc Holliday couldn’t wait to tell them about what had happened to their brother and friend, delighted by the fact the Earps had pistol-whipped them. They immediately left the saloon, vowing revenge.

Doc Holliday quickly found his friends, the Earp Brothers, and told them what had happened. They wanted to find the Cowboys before they found them. And they did. They were in a vacant lot behind the OK Corral and challenged them for a fight. And so, on October 26, 1881, the fight took place. It lasted for only 30 seconds and when the fog was cleared, Tom and Frank McLaury as well as Billy Clanton were dead.

It all went so fast that it was hard to tell who started shooting. Many said Virgil took out his revolver first and shot Billy Clanton in the chest. The Cochise County sheriff Johnny Beham saw it all, too. He charged the Earp Brothers and Doc Holliday (who were all wounded) with murder. But a month later, they were found not guilty by a Tombstone judge. The three cowboys were buried on the outlaw cemetery Boothill Graveyard.

Kate never owned a saloon herself, but somehow had one named after her. In September 1880, Big Nose Kate’s Saloon started off as the Grand Hotel. This hotel was the most luxurious hotel in Arizona. During its first few years, the Grand Hotel housed some of Tombstone’s most famous residents, like Wyatt and Virgil Earp, Doc Holliday and even the Clanton Gang. Ike Clanton and the two McLaury Brothers even stayed there the night before the OK Corral gunfight.

The end of the Grand Hotel

The glory days of the Grand Hotel didn’t last long. A devastating fire, May 25, 1882, nearly destroyed the entire hotel. The only things that survived the fire were her seven graceful arches and the floor joints on the main level. Also, the original long bar survived the fire. The hotel was rebuilt, but never again used as a hotel. It became a saloon and it was named after Big Nose Kate. Underneath the saloon, there is a tunnel leading to the nearby mine shafts.

The hotel’s former handyman haunts the saloon. He is named Swamper. Swamper used to be a miner and he was given a room in the basement. Swamper was a friendly man, but he was very protective of his basement. No one was ever allowed in his room. After his death, people found out why. Swamper had been digging his own shaft late at night, in seach of his own treasure. Legend says, Swamper did find his treasure, but he had no idea how to sneak it out without other people seeing it. When he died, his tunnel was discovered, but his treasure was never found. He’s still around, guarding his alleged treasure. Especially young men are unwelcome in his tunnel. He will push and poke them until they leave. He also likes breaking glasses in the saloon, but he’s quite harless altogether.

Other ghosts that haunt the saloon

Ghost cowboys have been seen standing at the bar and cases of beer have been knocked over. People have heard disembodied talking and singing, things fall to the ground when no one is there, doors open and close on their own and the silverware tends to fly off the tables from time to time. There are mannequins on the false balcony for decoration and occasionally they are moved.

Sometimes the staff even finds the mannequins on the floor because they have been pushed off the balcony. Cold spots and gusts of cold air can be felt throughout the entire saloon. In the basement, footsteps and muted voices are heard. Female employees sometimes get pushed off the stairs leading to the basement. One lady even felt clammy cold hands wrapped around her throat. Security cameras sometimes tend to malfunction.

The saloon is open to the public and great food is served, so if you ever get the chance to visit Tombstone, you really should pay the saloon a visit. But beware of the basement!