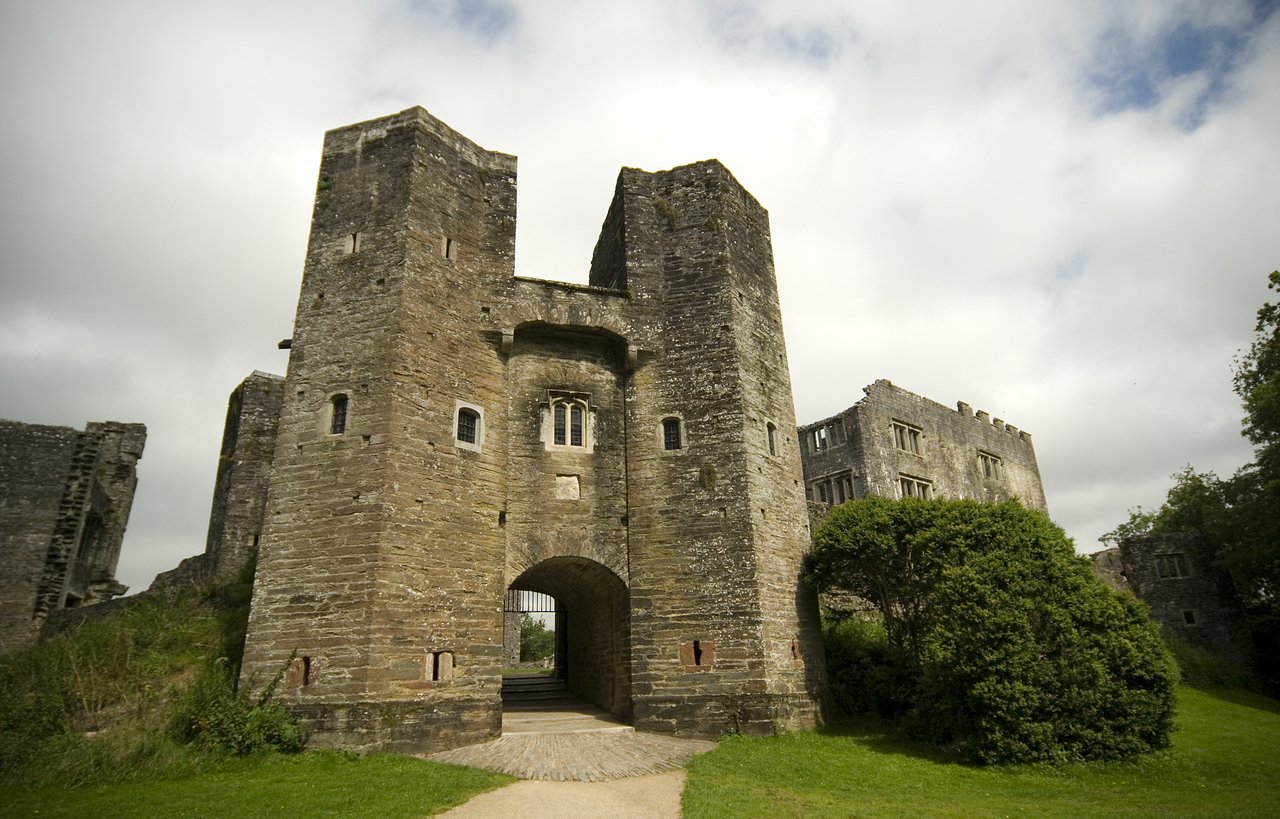 The ruins of Berry Pomeroy Castle can be found in South Devon, near the village of Berry Pomeroy, Totnes. Inside the earlier castle ruins, you’ll find the remains of a 16th century Tudor Mansion. The ruins are in the middle of nowhere and are best to reach by car. The castle is now owned by the English Heritage and you can visit. But beware of the Blue Lady!

The history of Berry Pomeroy Castle

The lands of Berry Pomeroy Castle were granted to a Norman knight named Ralf de Pomaria in 1086. This was William the Conqueror’s way to reward the knight for his support during the Norman Conquest. Ralf de Pomaria didn’t build a castle on the land. Instead, he built an unfortified manor house for him and his family to live in. The Pomaria’s, or Pomeroy’s, remained in this home for the next 400 years. In the late 15th century, the family built the castle fortress as we know it today. Why have they turned it into a fortress after all? Well, most likely due to escalating troubles in the area, which would later lead to the War of the Roses.

By 1547, the Pomeroy family was in financial difficulties and they were forced to sell the lands including the castle to Edward Seymour, the 1st Duke of Somerset. He was the brother of Jane Seymour, Henry VIII’s third wife. He was also the Lord Protector of King Edward VI until he fell out of favour with the court. Edward Seymour was beheaded on charge of treason in 1552. Due to complex dealings, the Seymours were allowed to keep their castle. Between 1560 and 1680, Edward’s son, Edward, removed all the earlier buildings inside that castle’s walls and erected a new four-storey house.

A lot of Edwards

In 1611, again an Edward Seymour, became a Baronet. This happened in the time that there was a concern of a threat of a Spanish invasion. His son, the 2nd Baronet (and surprise, surprise: yet another Edward) was Governor of Dartmouth and a member of the Parliament. He also sided with the Royalists, which got him imprisoned in London. Berry Pomeroy Castle was raided by Parliamentarians. Edwards’ estates were sequestered by Oliver Cromwell, but he was allowed to return to his castle. He died here in 1659. The 3rd and 4th Baronet (both Edwards) also had high positions in Parliament. The 4th Baronet’s mother, Lady Anne, was the final Seymour that has lived in the castle. When she died in 1694, Berry Pomeroy Castle was abandoned.

From 1694, Berry Pomeroy Castle was left to decay, until people started noticing it again in the late 18th century. The castle was considered to be a romantic ruin, all overgrown with ivy. Around 1830, the Duke of Somerset, had some of the crumbling walls repaired. Between 1980 and 1996, Berry Pomeroy was subjected to extensive archeological excavations. The findings were fully documented in the 1996 Volume of Devon Archeological Society Proceedings. These investigations clarified a lot about the castle. For instance, Berry Pomeroy Castle was much younger than people initially thought. The Manor was not built around 1066, but no earlier than the late 15th century.

The ghosts of Berry Pomeroy Castle

The castle is considered to be one of England’s most haunted castles. The most frequently reported ghosts of Berry Pomeroy are the White Lady and the Blue Lady. Let’s zoom in on those two spirits.

The White Lady is believed to be the spirit of Margaret Pomeroy. Her death was very tragic. It is said that Margaret was held prisoner in the dungeons by her own sister Eleanor. Eleanor was jealous of her beauty and she wanted to keep her sister away from any potential husband. Poor Margaret starved to death in these dungeons and haunts them ever since. Her presence is always accompanied by feelings of sadness, depression and uneasiness.

The Blue Lady spirit is one to watch out for. Especially male visitors especially should beware of this ghost. Her ghost was first reported in the 18th century. She is said to beckon passer-by, luring them into her tower. This person gets lost in the castle. Accidents have happened, too. One person took a wrong turn and fell out of the tower window. She has become the omen of death of the Seymours. The Blue lady is believed to be the daughter of a Norman Lord or knight. She might have been sexually abused by her own father and according to the legend she got pregnant. This lady spirit either lost the child, or the child was murdered by the father and now she’s still looking for her dead child, wandering the empty rooms.

The White and the Blue Lady aren’t the only ghosts that reside at Berry Pomeroy Castle. People saw strange lights, heard voices, there are cold spots and other apparitions apart from these two spirits have been seen. A ghostly lady wearing a grey dress as well as a cavalier have been spotted. Also, shadow figures have been seen wandering the ruins. No wonder why this castle is believed to be one of the most haunted castles in England!

Today, Berry Pomeroy Castle is now owned and managed by English Heritage. You can visit the castle and take an audio tour. Please note that the castle’s location is quite remote. There’s no public transport that stops anywhere near the ruin. Best way to get there is by car.

Do you want to read more stories about haunted places in Europe? Please click here.

If you take a close look at Sweden, you’ll see that it consists of many small islands. Especially around the capital of Stockholm. One of these islands, Lovön, is the site of a magnificent palace: Drottningholm Palace. Even today, this is the private residence of the Swedish royal family. But they don’t live there alone… […]
In the ancient town of Rye, East Essex, you can find the Grade II historical Inn the Mermaid Inn. It has a long, interesting and turbulent history. Today, the inn serves both British and French dishes and has received several prizes, along with the AA Rosette prize. But, you won’t be having your dinner alone…  […]
In the town of Fall Rivers, in American Massachusetts, there is a twenty-room Victorian house that serves as a Bed and Breakfast. In terms of decor, the house is still completely in the same condition as it was in 1892, the year the last residents lived in this house. Why was it never inhabited after […]
The Golden Fleece is an inn and pub located in York, England. The seemingly narrow building has many stories to tell. Perhaps a normal passerby won’t see the difference between the Golden Fleece and any other pub in York, but the locals know it’s haunted. Haunted by at least 15 ghostly residents.  The history of […]