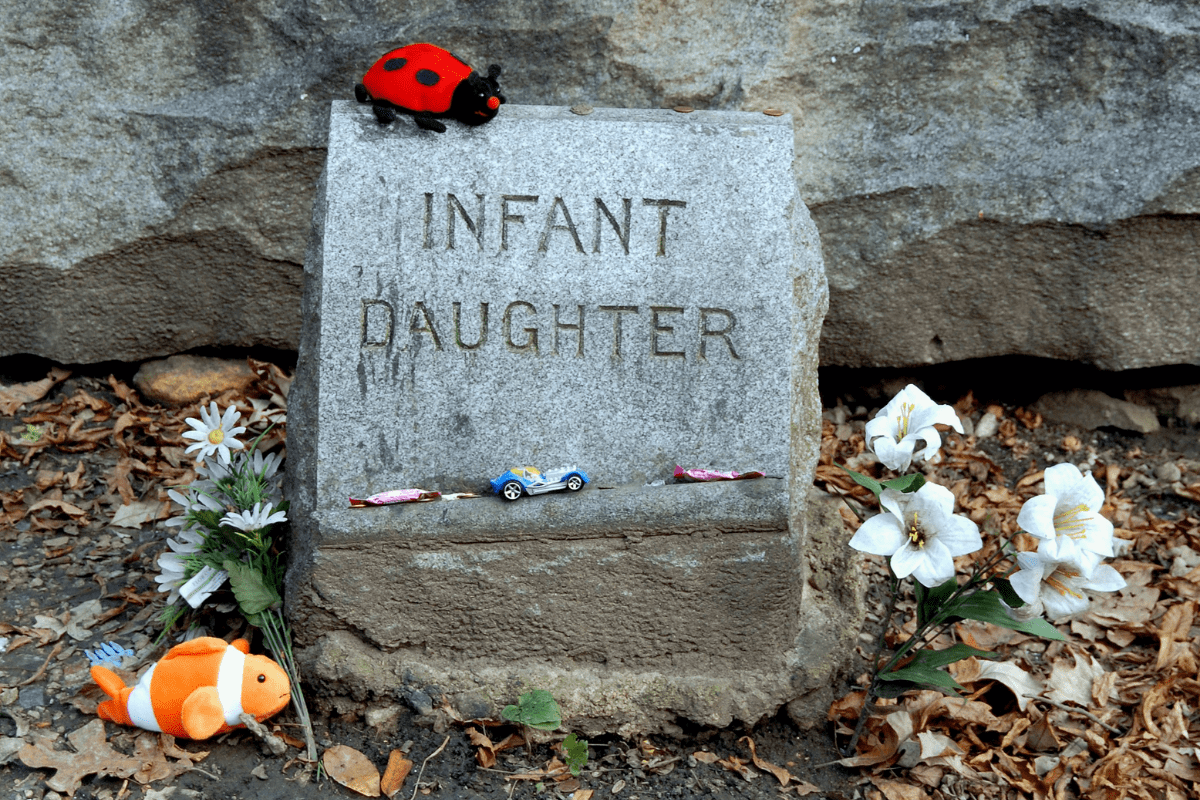 Bachelors Grove Cemetery is a cemetery in Illinois, USA. It’s in Bremen Township, Cook County. There is a lot of discussion when it comes to the name. Where was it derived from, who gave it to the grove? But, there’s one thing nobody dares to argue: that it’s haunted. A very famous ghost photo was made here. Would you dare to visit this remote cemetery?

The history of Bachelors Grove

Bachelor’s Grove is just one of the groves in the county. Originally, English settlers moved into the area, after they came from New England. The first wave of these Anglo settlers came here around 1820’s. It reached a peak between the 1830’s and 1840’s. The second wave of settlers were mostly German settlers. This became the predominant nationality for the next 50 years. The groves were actually stands of timber which were named after the families that settled near them. So, there was Walker’s Grove, Gooding’s Grove, Cooper’s Grove and so on.

Bachelor’s Grove was most likely named after the Batchelder family, but this is debatable. There are other claims to where the name came from. One Stephen H. Rexford arrived at the Grove in 1833 or 1834. He created a settlement here with a group of single men. They called themselves The Bachelors, so the name could have been derived from this as well.

Bachelor’s Grove Cemetery is one of the oldest cemeteries in South Cook County. At first, Bachelor’s Grove Cemetery was named Everdon’s Cemetery. It was named after the original holder of the land, Corintha Everden, who purchased it in 1835. The first person to be buried here was Eliza Scott in November 1844, but other sources claim the burial site was used to bury German immigrant workers in 1834 after they perished while working on the Illinois and Michigan Canal.

The last person to be buried here was Laura M. McGee in 1965. Robert E. Shield’s ashes were the last to be interred at his family plot in 1989. There’s a rumor about this cemetery as well. It is said that it had been used as a dumping ground for victims of Chicago’s organised crime especially in the 1920’s and 1930’s. Al Capone was also named as one of the dumpers. But, this was never proven with solid evidence.

Bachelor’s Grove Cemetery looked very much like a park at first. There was a quarry pond where people could fish and swim so it was the perfect place for a family’s day out. People would often picnic here. That all changed when the road leading to it, the Midlothian Turnpike was closed in the 1960’s. It was now a secluded area. Young people in the area would use the cemetery as a Lover’s Lane, but unfortunately the cemetery got vandalized as well. Many of the headstones were broken, defaced, spray painted and even stolen. A few of these stolen headstones ended up in the quarry pond. The vandalized cemetery got an eerie atmosphere and this is when the urban legends began.

The first ghost stories and urban legends began to surface in the 1960’s. One of the urban legends of the cemetery is that of The Hook. Just imagine this. You are dating this amazing guy. He even has his own wheels and he takes you out on a date. After a long drive you end up in this remote area. No one is around. When you look around it finally hits you: you are in an old cemetery! The guy you are dating wants you to cuddle up against him, so he starts telling you about this madman. Where once was his hand, he now wears a hook because of an accident.

The guy tells you he’s after teenagers who make out in this area. Instead of finding shelter with the guy, the girl wants to leave. The guy eventually shrugs and turns around, making their way home. When they arrive he wants to open the door for her and then he sees it: there’s a hook hanging on the door handle! They got away just in time! Of course, this is just one of the urban legends, but there are ghosts here that people have indeed seen.

The ghosts of Bachelors Grove Cemetery

There are several recurring ghost sightings at Bachelor’s Grove Cemetery. One of which is the sighting of the White Lady, also known as the White Madonna. She has been seen wandering the cemetery holding an infant child during the full moon. Another ghostly phenomena which has been reported often is that of a phantom farmhouse. It’s known to shimmer, float and then vanish into thin air. Most of these sightings date back to the 1950’s. People have also claimed the house would shrink if they approached it before completely disappearing.

The ghosts of the swamp

The nearby swamp also has two eerie tales to tell. One of these tales involves a farmer and his plow horse. They were both victims of a plowing accident in which they were dragged to their death in the nearby swamp. Their ghosts are often seen near this swamp. This same swamp is said to house a two-headed ghost or even monster. It comes creeping out of the water at night.

Other ghosts of Bachelor’s Grove Cemetery

In 1984, a couple of witnesses saw numerous monks dressed in white robes throughout the cemetery. Perhaps these monks were ghosts, or they were people performing satanic rituals. There’s evidence for these rituals at the cemetery. A black dog has been seen at the entrance of the cemetery. This dog was seen in the 1990’s by several people on several occasions. It would disappear when they approached it.

The “Woman Sitting on the Grave” is probably one of the best-known ghost photos around. It even made it to the press: the Chicago Sun-Times published it. It shows a transparent lady sitting on one of the tombstones. The apparition was not visible when the photograph was taken. If you want to see the famous ghost photo, please click here. I found this picture on the cemetery’s official website.

In spite of the vandalism in the past, the cemetery is open to the public. But, it’s now under the supervision and responsibility of the Cemetery Trustees of the Cook County Board. It’s open during the day and you can even take a tour. The surrounding woods are ideal for Geocaching. If you visit the cemetery after hours, you could get fined or even arrested. So, be warned!