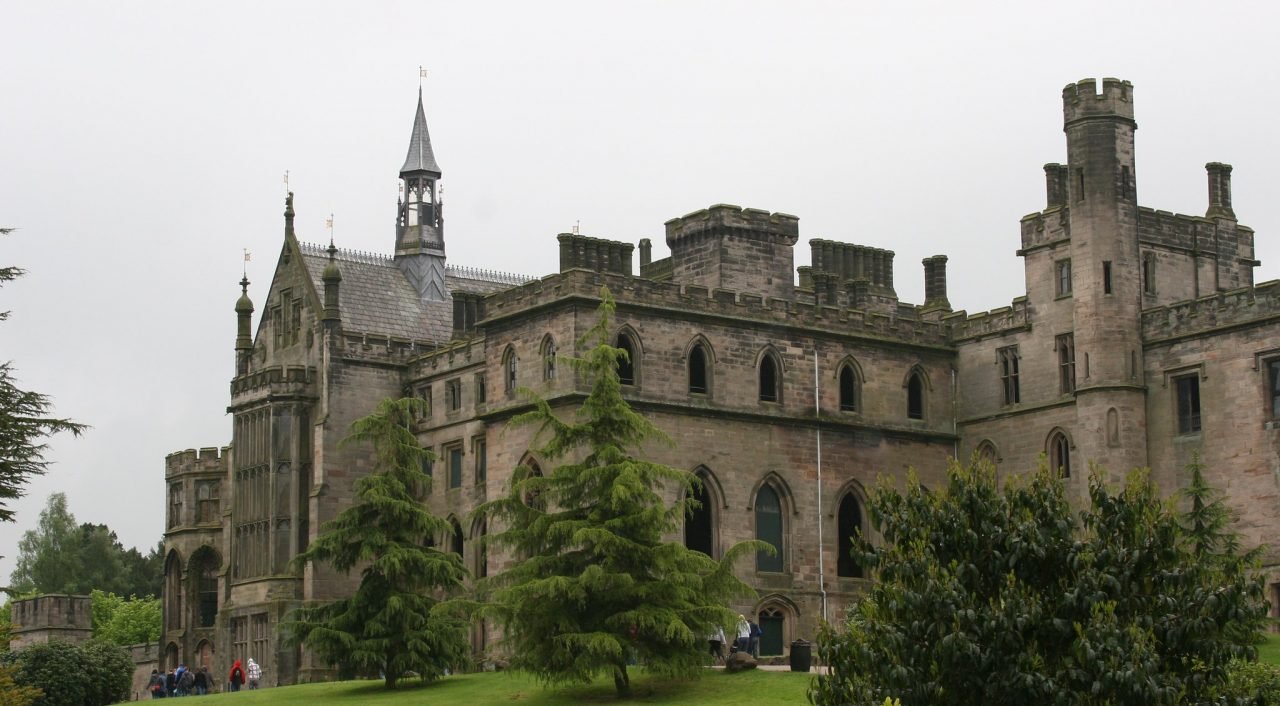 Alton Towers Resort is the largest theme park in the United Kingdom. It attracs more than 2 million visitors each year, making it the second most popular theme park in England. It was built around an already existing manor house which was built in 1753. The manor house is now part of the park, and to ghost hunters this is the main attraction.

The history of Alton Towers Resort

The estate where the historic manor house is built on, has been in the Talbot family since 1412. Before Alton Towers was constructed, a fort from the Iron Age was located here. In 1412, the ownership of the land went to the first Earl of Shrewsbury, Sir John Talbot. But, it wasn’t until 1753 when a manor house was built here. Alton Towers was constructed by Charles Talbot, the 5th Earl of Shrewsbury and apart from a dramatic house, he also created a beautiful landscaped garden which is Grade I listed today. The house and its land remained in the Talbot family until 1923. Then it was up for sale and sold to the Brashaw family, who decided to create a theme park around it which opened April 4, 1980. The idea behind the theme park was to raise money to maintain the property.

Alton Towers Resort is a theme park inspired by Disneyland. It has 10 rollercoasters and 40 other attractions. The landscaped garden is divided into 10 themed spaces. The area is huge (370 ha / 910 acres) and to make sure everyone can explore the entire park in one visit, fast lanes were created. The theme park also includes a water park, a spa, a minigolf and a hotel complex.

Alton Towers was bought by William Bradshaw in 1923. His main goal was to restore the place, but unfortunately it was confiscated by the army during WWII and practically left in ruins when they got it back again. The Bradshaws didn’t give up: Dennis Bradshaw decided to restore the manor house and its gardens back to its former glory. But Alton Towers is built on the site of many ancient settlements, including an old monastery. The family and staff members have experienced strange phenomena they cannot explain. Is Alton Towers haunted? Let’s find out!

The ghost in the garden

Former head gardener George Noakes would often encounter a man in medieval dress in the gardens. He tried to have a chat with the man several times but the man would never respond. George didn’t think much of it. He assumed the man was a hired actor to entertain the park visitors. But, after a few years, George started to have doubts about the man. He would often disappear into thin air when he tried to approach him and he never seemed to age at all. George is now convinced the man was a ghost.

The Alton Towers gift shop is located at the main entrance of the historic manor house. This was the domain of Sheila Bradshaw, who managed the shop for many years with lots of love. Apart from the expected theme park souvenirs, the gift shop is quite up-market. It sells expensive jewellery as well as expensive brands. The gift shop seems to be the epicenter of paranormal activity and it even houses a poltergeist! This poltergeist is presumably a woman, because a female spectre has been seen by members of the staff. Her actions started off quite innocent, but grew more and more scary through the years.

When Sheila Bradshaw arrived at the gift shop one morning, she knew something was off. It didn’t take her long to figure out what was wrong: all the stone figurine ducks were facing the opposite direction to where she placed them the other night. Even though Sheila thought this was strange, she didn’t pay much attention to it. A few weeks later, she stumbled upon something more strange. The shop sold those plastic green soldiers. When Sheila arrived at the shop one morning, hundreds of these soldiers were scattered on the floor. Normally, they were kept inside boxes. When Sheila took a closer look she noticed that all soldiers who were carrying weapons were all “dead”, while all unarmed soldiers were still standing.

As I said before, the Alton Towers gift shop is quite up-market. Fine gold watches and other expensive jewellery are kept in glass cabinets. Sheila Bradshaw was the only one who had the key. Staff would often notice the jewellery was tampered with. But, the glass cabinets were still locked. One time, all the watches in one cabinet were completely twisted, torn and ripped to shreds. The cabinet was still locked, though, and no normal human would be able to do this with their bare hands!

The shop also sells dolls. It often occured that some of these dolls had somehow been removed from their packaging. restaurant staff found them back sitting in restaurant chairs. Or the dolls were discovered in the book store. Some were displayed as if they were reading a book. Jewellery would also sometimes disappear from the locked cabinets and would be found back draped on the dolls, as if they had been playing “dressing up”. This really gives me the creeps.

Strange things would happen in the bookshop as well. On some mornings, staff would find torn pages scattered on the floor. One really strange thing happened to Nigal Harris one day. When he arrived at the book shop one morning, he discovered small pieces of paper on his desk. The pieces contained numbers and they were in a certain order. The numbers were: 1736335. Nigal didn’t have a clue what these numbers meant, and even though he was convinced he was being pranked, he made sure to keep them. Later, Nigal moved to Tenerife. One day, he witnessed a horrible plane crash at the old airport in the north of the country. The Pan Am aircraft had flight number 1736 and all 335 passengers were killed. That’s crazy!

There’s also a legend about a chained oak which involved the Talbot family. One cold and rainy night in 1821, Charles Talbot, 5th Earl of Shrewsbury, was travelling back from London to Alton Towers in his carriage. When he approached the Old Oak, he saw an old woman blocking the road. When he asked her what she was doing there so late, she asked him for money. Charles hated beggars, and started shouting at the woman to clear the road.

The old woman then cursed the Earl and his family. If a branch would fall off the Old Oak, a family member would die. Charles dismissed this as nonsense and went home. That night, the storm raged over the land, and one of the major tree branches broke off. The next morning, Charles got word that one of his family members had suddenly died. Later, a riding accident killed another family member. And guess what? A branch had fallen off the previous day! The branches are now kept together by a large chain. This story is quite similar to the story about Charleville Castle!

Alton Towers Resort is open from late March to early November, but the hotels and amenities are open all year round. I wonder how many visitors know it’s haunted. One thing is for sure: it’s the perfect place for thrill seekers!

Do you want to read about more haunted places in Europe? Click here!

The Palace of Versailles: a building, just outside Paris, which started off as a modest hunting lodge for King Louis XIII, is now a massive building surrounded by an enormous garden. On its peak, more than 10.000 people lived and worked at this French palace. So much history on one location can only mean one […]
Bolling Hall is one of the oldest buildings in Bradford, West Yorkshire, England. Perhaps even the oldest building. It has had many different residents through the centuries. but Bolling Hall has been a museum and education center since 1915. And it’s haunted by no less than 20 ghosts including one or more malevolent ones. The […]
The Fairmont Banff Springs Hotel, commonly known as The Banff Springs Hotel, is located in Banff, Alberta, Canada. The entire town including the hotel, is situated in Banff National Park. It has a breathtaking view on the valley, overlooking Mount Rundle. This all sounds like the perfect hotel, and it is! Especially for lovers of the paranormal.   The history of the Fairmont Banff Springs Hotel  The hotel opened its suites in 1888 by the Canadian Pacific Railway […]