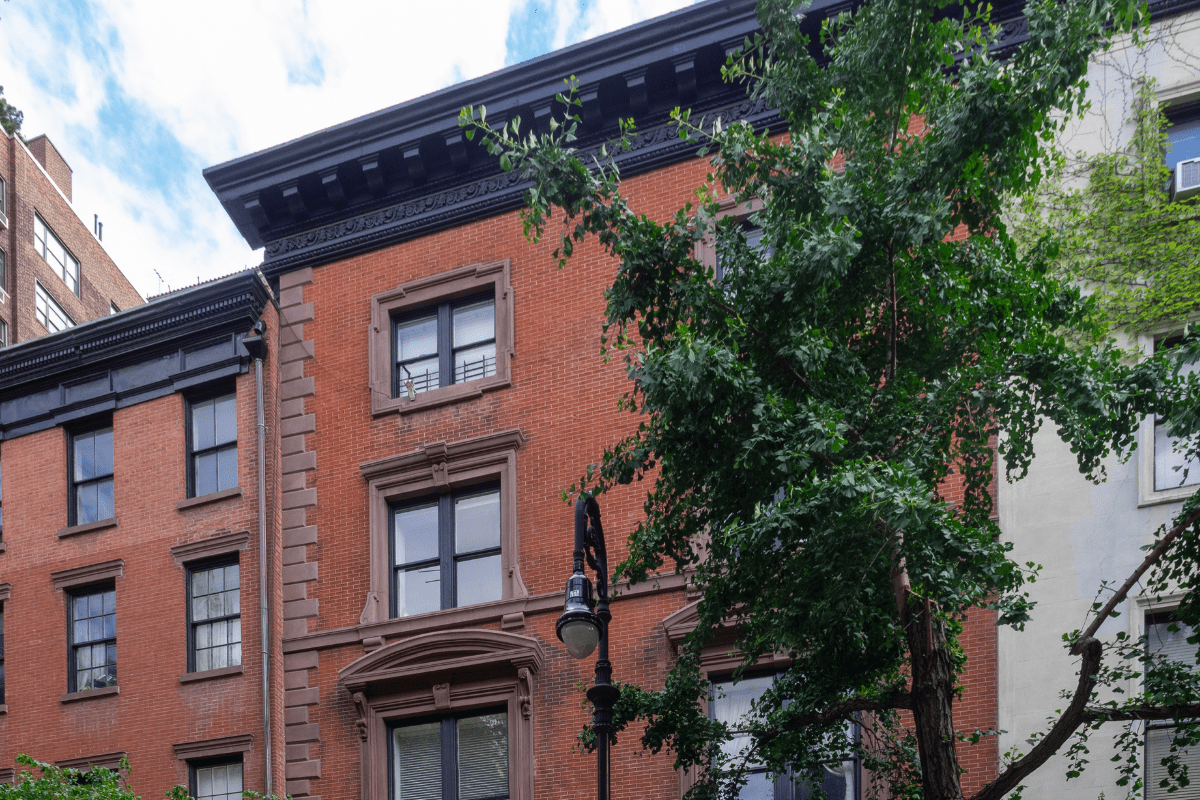 In the Greenwich neighbourhood in Manhattan, New York, you’ll find 14 West 10th Street. The building, also referred to as “Number 14”, once was a one-family townhouse. Back in 1937, the house was converted into an apartment building containing 10 separate apartments. It’s a really nice place to live, if you don’t mind sharing your house with 22 ghosts that is.

The history of 14 West 10th Street

14 West 10th Street was built in the 1850’s. The house is a 4 storey Greek Revival house. Once it was home to Upper Class New York, with author Mark Twain as its most famous resident. The neighbourhood was very favorable back in the days. But, even though the apartments in the brownstone home are still very wanted, there’s a heavy cloud hanging above it. In 1987, the townhouse became a murder scene, giving it the nickname “The House of Death”. But, even before that, there were claims of hauntings.

One of 14 West 10th Street well-known residents is Mrs. James Boorman Johnston, whose husband had been one of the founders of the Metropolitan Underground Railroad and the Broadway underground Railroad. Another famous resident was actress Jan Bryant Bartell who moved into the top floor apartment (which had been the servants quarters before) with her husband. Bartell had lived in 16 West 10th Street before, and claimed she was harassed by a ghost in that apartment building. Moving to number 14 didn’t make things better. In fact, Bartell claimed she felt and saw the presence of a “monstrous moving shadow”. At first she feared that the ghost from her former home had followed her, but she was not the only person to have ghostly experiences there.

As said before, author Mark Twain, or Samuel Clemens, lived at 14 West 10th Street. Even though he only lived in the building for a year (1900 – 1901) it became his favorite residence. Twain had heard about the paranormal claims, but as a skeptic, he waved the ghost stories away. He even downplayed a spooky encounter he himself had at 14 West 10th Street. One night, Twain saw a piece of kindling wood move by itself near the fireplace. He grabbed his pistol and shot it, thinking some rodent was taking off with it. He discovered a few drops of blood, but no intruder (not human nor animal) were found.

Twain even mocked the idea of the paranormal in his short story called ‘a ghost story” in which a ghost haunted his own fake corpse. He probably would have laughed if someone had told him he himself would haunt his former home. But, that’s exactly what he does.

The ghost of Mark Twain

Even though Mark Twain didn’t die in the building, he does haunt the place. He probably liked it so much he stuck around after his death. Twain has been seen on the stairs of the building and a mother and a daughter who lived in the building in the 1930’s claim to have seen him sitting in front of the window on the first floor. He even spoke to them. His words were: “My name is Clemens and I has a problem here I gotta settle”. he disappeared moments later. Sounds like Twain has some unfinished business going on at 14 West 10th Street.

The murder of Lisa Steinberg

Lisa Steinberg, born Elizabeth Launders, was the 6-year-old illegally adopted daughter of criminal defence attorney Joel Steinberg and his live-in partner Hedda Nussbaum. They had an apartment at 14 West 10th Street. Lisa’s single mother hired Steinberg to help her find her daughter a suitable home for adoption. Instead, Steinberg adopted her himself, without taking the right legal steps. The couple illegally adopted another child later: baby Mitchell. On November 1, 1987, a phone call was made to 9-1-1 claiming Lisa had stopped breathing. Lisa was taken to a nearby medical center, but was declared brain dead and died a couple of days later.

After Lisa’s questionable death, the apartment was investigated by the police. Here, they discovered a baby covered in filth and Hedda Nussbaum also showed signs of abuse. Joel Steinberg was taken into custody. He hit Lisa on the head while high on crack and cocaine and after he hit her, he left the house. Hedda made the emergency call. She was not prosecuted, but Steinberg was sent to jail. He got out of jail in 2004 and now lives a low profile life in Harlem and has a job as a construction worker.

Apart from Mark Twain, there are 21 other ghosts at 14 West 10th Street. Paranormal investigators claim to have seen a lady in white, the spirit of a young girl and a gray cat. There are more ghosts at the building, but not all of them are so outspoken.

Unfortunately, the building is still a private residence. You cannot just walk in there unless you are invited. There have been paranormal investigators that were able to do sessions there. But, perhaps you’ll feel the presence of the ghosts even by walking down the street…